After spending five years working as a clinical social worker in Southern California, she took a hiatus to raise her three children during which time she was a volunteer at LA County Museum of Art, a founding member of the Board of the Los Angeles Children’s Museum and President of the Board of the Center for Early Education.  Professionally she served as Director of Special Events at the Venice Family Clinic, one of the largest free clinics in the US where she headed staff support for an annual program of events which raised more than $1 million a year and coordinated a staff of 5 and a volunteer corps of hundreds.

In 1994 she became the Executive Director of Camp Ronald McDonald, one of the largest programs of free camping for children in the nation.  During her 6 years at the helm of Camp, she led a staff of 14 and worked with more than 450 volunteers and was responsible for the acquisition and renovation of the Camp’s permanent campsite.  The Camp served more than 1,600 children with cancer each year.

She retired in 1999 and co-founded a consulting group called The Nonprofit Brain Trust, working with  organizations including Teach for America and The Baron School for Exceptional Children in Los Angeles .  In 2004 she moved to Carmel Valley where she has consulted with nonprofits, chaired the Board of the Youth Arts Collective and lead a number of fund raising campaigns.  She currently consults with  the YWCA of Monterey County and The Berkeley Center for the Study of Right Wing Movements at her alma mater.

In January, 2014 she became the Founder and President of The Franklin Legacy Fund, a charitable foundation dedicated to supporting sustainability and best practices in small and mid-sized nonprofit organizations.   In addition to making direct monetary gifts to nonprofits, Susan and the staff of the Fund teach classes in organizational visioning and fund raising at the Community Foundation of Monterey County and at selected board retreats.   She also is a regular guest lecturer in the Nonprofit Management program of the California State University Monterey Bay School of Business. 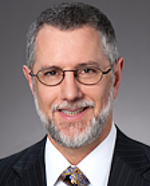 Irwin Feinberg, Susie and Charly Franklin’s brother-in-law, is a partner and head litigator at the Los Angeles law firm of Feinberg, Mindel, Brandt & Klein. Before founding FMBK, he practiced at the law firm of Buchalter, Nemer, Fields, Chrystie & Younger. Irwin clerked for the Honorable Bertram Janes, Justice of the California Court of Appeals. He has won numerous awards and accolades including to their “Super Lawyer” from 2005-2014. He lives in Pacific Palisades.
Donated to Best Friends Animal Sanctuary in 2017. 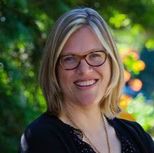 Kristen Franklin, Susie and Charly Franklin's daughter-in-law, has 20+ years of experience in nonprofit program management in the arts and education fields. Before her work at Edutopia.org,, she led capacity building, fund-raising, and digital redesign efforts at various Bay Area museums. At Stanford University's museum, the Cantor Arts Center, she was a program manager, museum educator, and taught visual literacy seminars at the university. She is based in Albany, Calif.  Donated to Direct Relief and Women's Daytime Drop-In Center 2017. 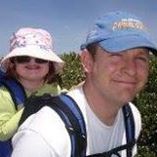 Zach Franklin, eldest son of Susie and Charly Franklin, is Vice President of Development and Communications for GRID Alternatives, the country’s largest non-profit solar installer. Zach, who has over 15 years experience in fund development and non-profit management, has a degree in Economics and History from Brown University. He makes his home in Berkeley.  Donated to Community Mural Project, Malcolm X Elementary School in 2017. 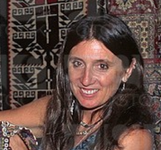 Cristine Kolisch is a designer and importer who has been working on projects in the Himalays for 40 years. She established and continues to provide an educational sponsorship program for Nepalese students, as well as a micro-credit program for village farmer women in Nepal on the Monterey Peninsula for 29 years. She teaches yoga and meditation. She lives in Carmel Valley with her husband, Craig Covell.  Donated to Kuraburi Learning Center (Thailand) in 2017. 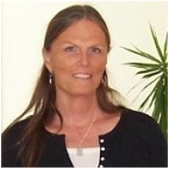 Kelly O’Brien, who has been a Carmel Valley resident for the past 30 years, is a Monterey business owner and an environmental journalist. She holds an MBA from Arizona State University and a Master of Liberal Arts degree in Sustainability and Environmental Management from Harvard University. O’Brien is president of the Board of Directors of Central Coast Public Radio KUSP 88.9. She produces “Life in the Fast Lane,” a show focusing on technologies that reduce our dependence on fossil fuels.  Donated to the Hope Collaborative in 2017. 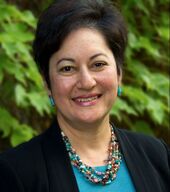 Kiran Kamath is an experienced educational administrator and travel industry professional. Most recently, she served as the Vice President of Academic Affairs at Monterey Peninsula College.  She has held senior administrative positions such a Senior Dean of Planning and Dean of Career and Technical Education, including serving as director and professor of the Travel Marketing program at Los Medanos College in Pittsburg, California. She has taught at Mount St. Vincent University in Halifax, Canada; Simon Fraser University in Vancouver, Canada; and at Xiamen University in Xiamen, China.   She is passionate about transforming lives through education. 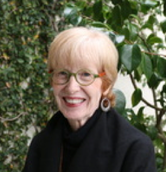 Sandra Leader has been conducting personal growth and development workshops for over 12 years. A freelance writer and editor who has made her home on the Monterey Peninsula for 36 years, she has had a 30-year career in print journalism including working as a copy editor and writer for the San Francisco Chronicle and as editor of regional lifestyle magazines. Most recently she has worked in public relations and fund development for non-profits. She is also an artist and a minister.  Donated to Camp Newman in 2017.

Susan Rosen
Franklin Legacy Fund announces the retirement of founding staff member Susan Rosen, whose service as program officer was crucial to the development and effectiveness of our mission. She played a key in developing the foundation’s unique programs of Visioning and Sustainability. 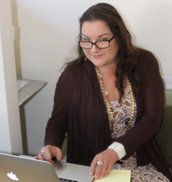